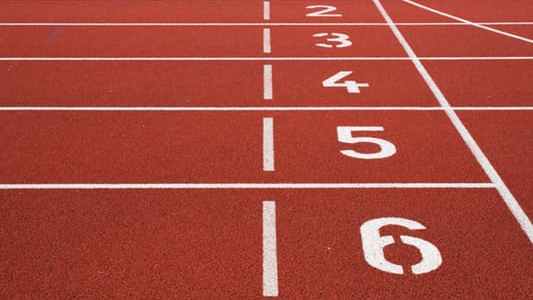 After watching my kids do the spud and spoon race, throw bean bags into random containers and dribble footballs around cones, there was one final call for a race:

Do you feel my dilemma?

I eyed up the competition as a few parents approached the start line. These weren’t the ordinary mums and dads. These were the pros. In a moment of reckless abandon, I threw my cardigan on the grass, slipped off my ballet pumps and ran to the start line, with my son shaking his head in disapproval and my daughter grinning with delight.

I’m really not quite sure what I was thinking.

The air horn sounded, and I was off, watching 15 pairs of legs sprint ahead of me. Yes, it turns out that although I run regularly,  sprinting is a whole different matter.

I came in second to last, with the person behind me stumbling in with a leg injury.

My kids were mortified. And so were my legs.

At dinner time, my kids still hadn’t forgotten the event.

“Seriously. It was so embarrassing, Mum. Why did you have to come SECOND to last?”

As they continued to critique, I grinned back at them, unable to resist the opportunity to talk to them about Theodore Roosevelt’s famous speech.

We read it out to them, explaining the more tricky words and metaphors.

It is not the critic who counts; not the man who points out how the strong man stumbles, or where the doer of deeds could have done them better. The credit belongs to the man who is actually in the arena, whose face is marred by dust and sweat and blood; who strives valiantly; who errs, who comes short again and again, because there is no effort without error and shortcoming; but who does actually strive to do the deeds; who knows great enthusiasms, the great devotions; who spends himself in a worthy cause; who at the best knows in the end the triumph of high achievement, and who at the worst, if he fails, at least fails while daring greatly, so that his place shall never be with those cold and timid souls who neither know victory nor defeat.

You see, I clearly didn’t win the sport’s day race. Not even close.

But I had one thing to hold on to. One thing I want to teach my kids.

I’d given it a shot.

I wasn’t on the sidelines. I wasn’t a cold or timid soul who’d known neither victory nor defeat. I wasn’t the critic who pointed out how the strong man stumbles.

I was in the arena.

Now, before you get any illusions of me being one who continually chooses to be in the arena, daring greatly, then forget it. For every one time I get in the arena, there are a hundred times that I don’t. So please, don’t be deluded.

It’s easy for us to say what we’re against. To shoot off a critique in 140 characters.  To point the finger with a bowl of popcorn at our feet. It costs us nothing: we never have to put ourselves in the vulnerable position of saying what we’re ‘for’. We can tear down anything and anyone without having to nail our colours to the mast.

I look at the Church, and, sadly, in many ways, we are known for, and sometimes even defined by, what we’re against.

What if we became known for being in the arena, known for what we are FOR, more that what we are against? As our nation has faced multiple tragedies over the last few weeks, I have seen the Church rise up and respond with love and compassion, providing help and support for different communities in need. The Church has demonstrated what she is FOR. May that become our resounding voice.

We are FOR Love

We are FOR Peace

We are FOR Joy

We are FOR Justice

We are FOR The Poor

We are FOR Generosity

We are FOR Forgiveness

We are FOR Kindness

We are FOR Hope

We are FOR Redemption

What if we modelled in our families, to our kids, to our friends, to our colleagues, what it looks like to give it a shot, to be FOR things, rather than against? In the small things and the big things. From sports day to social justice.