Sometimes I think I’ve got a fairly strong Luddite gene lurking within.

I generally feel conflicted when it comes to technology and digital communication, which is why I tend to have bouts of interaction on some type of social media followed by several days, sometimes even weeks, with no engagement at all. I wrote quite extensively about this on my previous blog site, and it’s probably something I’ll continue to write about because I believe it’s one of the key challenges we face, particularly as parents in the 21st century.

My typical reaction is to try and bury my head in the sand and pretend that we don’t live in a world where technology is real and integrated into our everyday life. My husband, Rich, is much less conflicted around technology than I am. And I’ve noticed that our differing opinions can, at times, result in a rather yo-yo approach to what our kids are allowed to do in regard to technology. When Rich is at home I think we’re fairly relaxed about how much the kids are allowed to watch TV or play computer games.

But in recent months I’ve noticed that when Rich is away for a few days I find myself becoming stricter around how much I allow the kids to watch TV, play on the playstation, use the ipad etc. It’s probably the worst possible time to enforce any kind of change, as things are already a little unsettled when their dad is away.

But I don’t seem to be able to help myself.

I get out the board games and the playing cards, and regardless of what anyone else wants we. will. play. board. games. 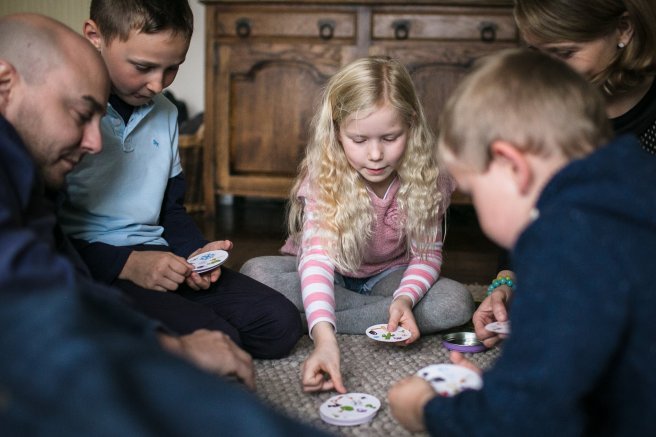 Maybe it goes back to my time spent with missionary families abroad, where board games were played by candlelight. Subconsciously, I think  I just want to recapture the simple innocence of a family connecting as they play board games together, rather than being consumed by technology which seems to divide rather than connect.

Us Gen X-ers are pretty much the last generation who can remember what life was like before the internet. I was only laughing the other day with some friends about how my first exposure to the internet was when I was 19 years old, in a computer room at university, with that weird ‘dial-up’ noise that used to accompany ‘going online’. As kids, we never had to worry about what we should and shouldn’t post on facebook. When we watched the ‘stranger danger’ films we never had to think about online ‘stranger danger.’ We never had to think about how many ‘likes’ or retweets our selfies got.

Gen X-ers (and a few of the early Gen Y’s) can remember life B.O (before online), and life B.O, in many ways, felt a lot simpler.

Harris, the author of The End of Absence says:

If you were born before 1985, then you know what life is like both with the internet and without. You are making the pilgrimage from Before to After. If we’re the last people in history to know life before the internet, we are also the only ones who will ever speak, as it were, both languages. We are the only fluent translators of Before and After.

We are the parents who speak both languages, and that partly explains my uneasy relationship with technology: I know another way, an offline way, of living.

My reticence towards both technology and the internet is reflected in my yo-yo approach to technology and our kids. I’m finding it hard to define the lines, because I’m not entirely resolved on the issues myself yet, of what I’m ok with, and what I’m not.

Our kids don’t yet have unlimited access to the internet. But I’m sure it won’t be long. When we moved to Edinburgh one of our very first observations was how the kids here have smart phones at a much younger age. Our eldest son (who still has one year left at primary school) is one of maybe only one or two other kids in his class who don’t yet have a smart phone. I don’t want to judge other parents on this. Each parent knows what their child can and can’t handle. But for us, our ten-year-old is not mature enough yet to handle a completely unsupervised life online, via a smart phone. We need to continue training him in making good choices before we allow him that kind of exposure. And so, it’s important for us to model healthy use of technology (both on and offline) at home.

So, maybe I’m still in a bit of a scramble in relation to all this, but here are the things I’m clear on at the moment:

It starts with us.

As parents, like any other area in life, we need to lead ourselves well before we can lead others.
For the sake of my kids I can’t be a Luddite; I can’t bury my head in the sand. It won’t teach them anything about engaging healthily with technology and the internet.

So, I need to think about what I’m modelling in my relation to technology.

How do I, or don’t I, engage with social media?

How much am I staring at my phone when my kids are talking to me? I find it helpful to communicate to the kids what I’m doing on the phone. So, I try and say things like ‘I’m reading the news’, or ‘I’m doing some emails’, or ‘I’m texting Jenny’, or ‘I’m just posting a photo on Instagram.’ I think maybe that helps them to see the breadth of how the phone is used. Before phones, my kids could have seen if I was reading a newspaper, or they would have heard if I was having a phone conversation with a friend, rather than sending a text.

What are the boundaries I’m personally putting in place? I heard of one family who all put their phones in a basket between certain times of the day. It’s basic stuff, but Rich and I never use our phones at the dinner table and I never have my phone in our bedroom at night time. I’ve had times where I’ve had a sabbath day off technology.

Work on the externals

There are things we can do ‘eternally’ to help our kids.

We chose to invest in a PS4 for the kids because it remains in a communal space (the lounge) rather than the kids taking themselves off to their room with their friends’ smartphones.

We can connect with the kids through technology. When the kids are playing on computer games, or watching TV, I see it as my opportunity to clean the house, read a book, cook dinner, write emails, etc. Yet going back to my board games idealism, if I set up a board game I’d more often than not play it with the kids, rather than just leave them to it. Subconsciously, I’m choosing to reinforce my belief that technology divides, by the way I am allowing the kids to interact with it. If I always leave them alone when they’re playing on technology, well then of course it becomes a solitary pursuit.

Rich is really good at connecting with the kids when they’re playing on technology – he’ll often play with the kids on the PS4. We can grab a controller and play with them. They can sit on our knee and enjoy a cuddle whilst playing. We can talk to them about the characters, or the latest world they’ve created on minecraft. Our kids love giving us tours through all their minecraft creations.
I need to be proactive in initiating this, and I need to be available for them to connect with me when they’re playing.

We can put parental controls on our technology. We can limit the amount they engage/play per week. We can make sure they only play on games appropriate to their age, and that they only create social media accounts at an age that is suitable for them.

Work on the internals

At the end of the day, I can put all the controls in the world on my kids, but they live in the real world. I read the other day (on twitter!) that our kids are only as safe online as their least protected friend.

They will be put in situations regularly where they have to make choices for themselves, when they’re with their friends, who potentially have different values. And they won’t always get it right, just as parents, we won’t either.

As our kids grow up, we have (rightly) less and less control over them. So, we need to equip them to make good choices, and this starts at a really young age.

As Christian parents, we’re trying to pass on to them the values we see in the bible, the framework of what it looks like to love God and love others well. 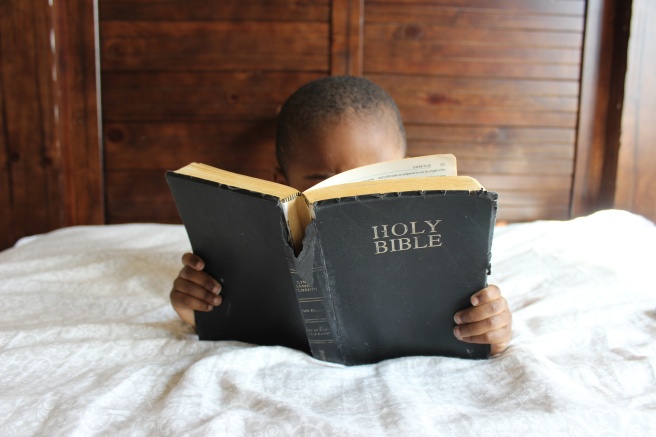 We’re praying for their hearts to be aligned with the heart of God. We’re trying to help them learn to hear and walk with the guidance, conviction, empowering, and friendship of the Holy Spirit. And we’re trying to allow them to make mistakes at a young age, when the stakes are lower (see my post here for more on that).

The more I talk to parents around this issue, the more I realise we’re all muddling our way through all this. My faith and my values are helping me navigate my way through, but we have no role-models, no one who has gone before us. So I believe this is an ongoing dialogue that parents need to keep engaging with.

Are you a parent? What’s your journey with this? What’s worked? What hasn’t?

8 thoughts on “We. will. play. board. games (and my wrestle with my kids & technology)”